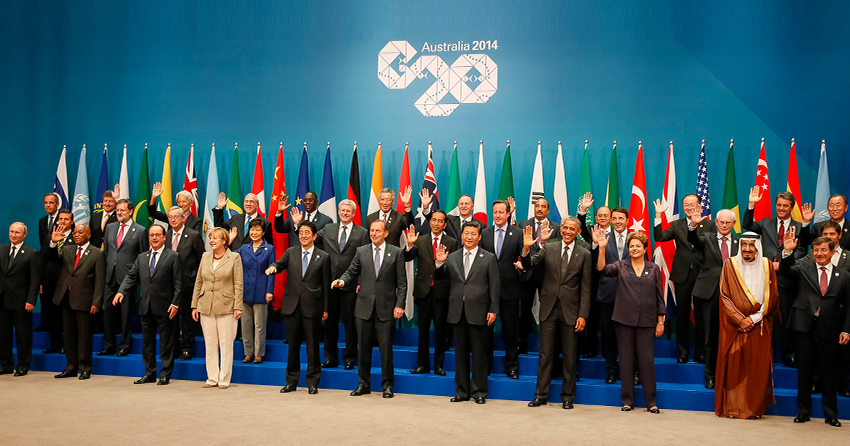 The EU is represented at the most powerful global forums directly and via its member states. 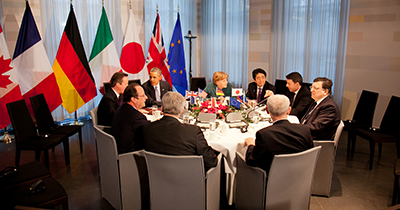 The EU and the Group of 7

The G7 is a forum of seven industrialized nations and leading economies in the world. It was originally formed by six leading industrial countries and subsequently extended with two additional members, one of which, Russia, is suspended. The EU is part of these two global forums alongside France, Italy, Germany and the other non-EU nations that are part of it the USA, Canada & Japan. 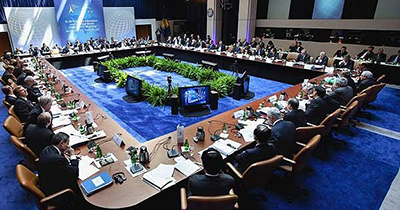 The G20 is an international forum for the governments and central bank governors from 20 major economies including France, Italy, Germany and the UK. The EU is represented by the European Commission and by the European Central Bank. Spain is a permanent invitee of G20 and participates annually in G20 summits. Other nations include: Argentina, Australia, Brazil, Canada, China, India, Indonesia, Japan, Republic of Korea, Mexico, Russia, Saudi Arabia, South Africa, Turkey, the United States. 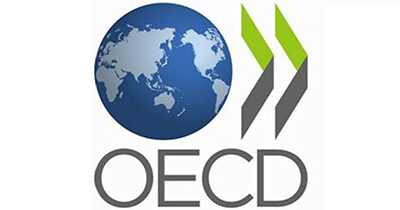 The EU and the OECD

The OECD is an international economic organisation of 34 countries, founded in 1961 to stimulate economic progress and world trade. Its mission is to promote policies that will improve the economic and social well-being of people around the world. Of the 34 Member countries of the OECD, 21 are EU members. In the Supplementary Protocol No. 1 to the Convention on the OECD of 14 December 1960, the signatories to the Convention agreed that the European Commission shall take part in the work of the OECD. European Commission representatives participate alongside Members in discussions on the OECD’s work programme, and are involved in the work of the entire Organisation and its different bodies. 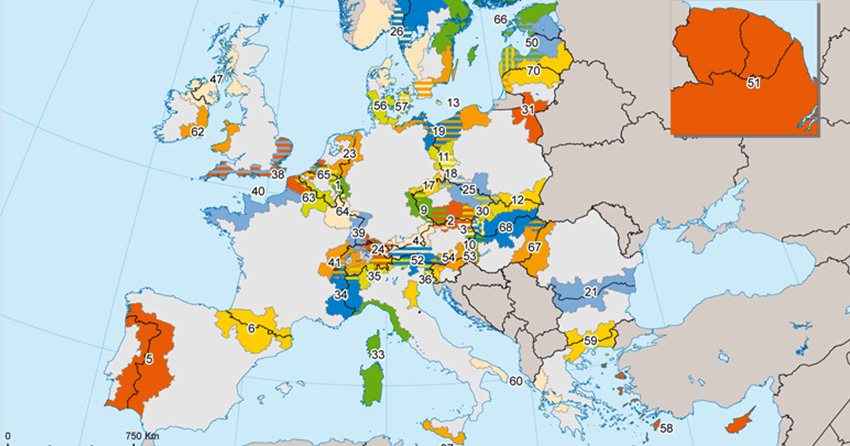 Some nation states of Europe which have historically had a strong centralized administration have transferred political power to the regions. 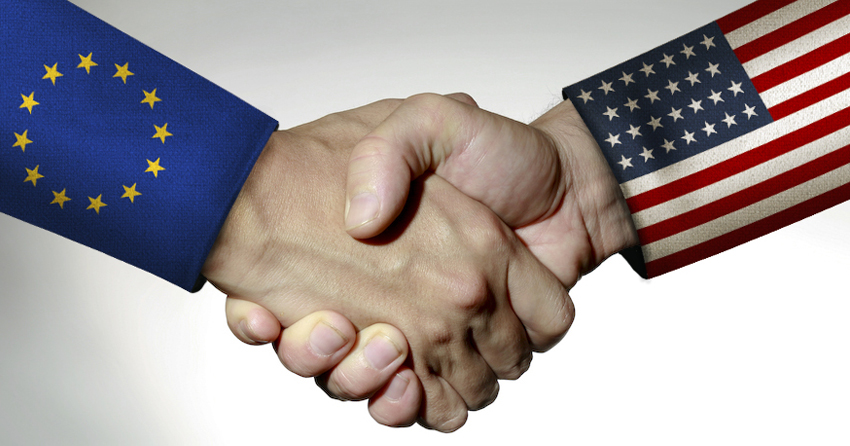 Trade deal with the USA

The EU is negotiating a historic trade and investment deal with the US - the Transatlantic Trade and Investment Partnership - or TTIP.