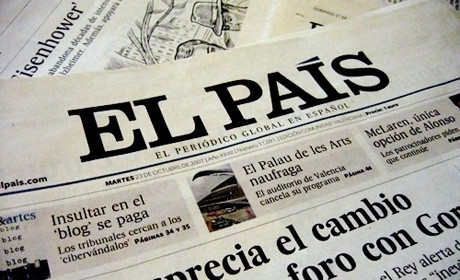 You can read the El Pais Newspaper article here.

Nicolas De Santis, the President of Gold Mercury International, talked in the paper a little bit about the BRAND EU’s goals and the path being taken to fight back the rising tide of Euroscepticism – particularly in regards to the centre’s recent efforts at mythbusting and fact sharing. One of the centre’s core principles is looking at how the rebranding is not a quick job – the European Presidency has a new logo every six months, and changing the hearts and minds of citizens is not so simple as a quick logo change. The Centre first aims to combat the Eurosceptic myths and distortions about the EU, then clarify and develop the current and future situation of the European identity, and then finally, develop powerful emotional messages that can reach the citizens.

He also discussed the way in which Eurosceptics have played up to citizens’ grievances in a similar way to national politicians; by blaming national problems on Europe while simultaneously claiming its successes as their own. The BRAND EU Centre aims to reshape this wholly negative discourse (even those who defend Europe do so through the lens of avoiding disaster rather than looking at the many positives), and turn around the sense of European negativity.