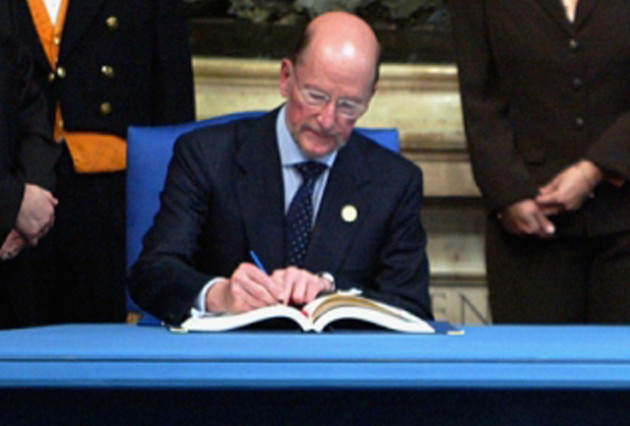 King Simeon has been a crucial actor in the Bulgarian transition to a full democracy and to join the European Union and NATO.

“It is a historic honour to have one of Europe’s most historic and charismatic figures support our work. HM King Simeon II has done and continues to do so much for Europe and for Bulgaria’s democracy and progress”.

H.M. King Simeon II will also act as a BRAND EU Ambassador for Gold Mercury. Brand EU is Gold Mercury’s Centre to advance the image and identity of Europe in the world.

King Simeon II is one of the last three living heads of state from the Second World War, the last man in the world to hold the title of ‘Tsar’ and one of the only monarchs in history to be democratically elected as head of state. On April 6, 2001 Simeon II proclaimed his decision to return for good and to contribute actively to the country’s revival, by employing the experience and contacts he had amassed in exile. In a historic address to the Bulgarian nation he proclaimed his intention to form a new political entity – the National Movement Simeon II (NMSII) – dedicated to high political morale and integrity. As the leader of the Movement, after overcoming the stumbling blocks on the way to registering the Movement in court, the Bulgarian King joined the parliamentary elections on June 17, 2001.

In 2001, after a landslide victory for the NMSII, Simeon II Saxe-Coburg Gotha was sworn in as Prime Minister of the Republic of Bulgaria on July 24, 2001. He completed a successful 4-year term of office in a government coalition with the Movement for Rights and Freedoms (MRF) – the first post-communist cabinet to end its mandate with enhanced public approval. During the term of the NMSII governance, Bulgaria attained the strategic national ideals of joining NATO and signing the Treaty of Accession to the European Union.

His government –consisting primarily of technocrats and western-educated politicians- has been viewed as one of the more stable ones in Bulgaria’s recent history with the country acceding to NATO and Simeon receiving the Path to Peace award in 2002.