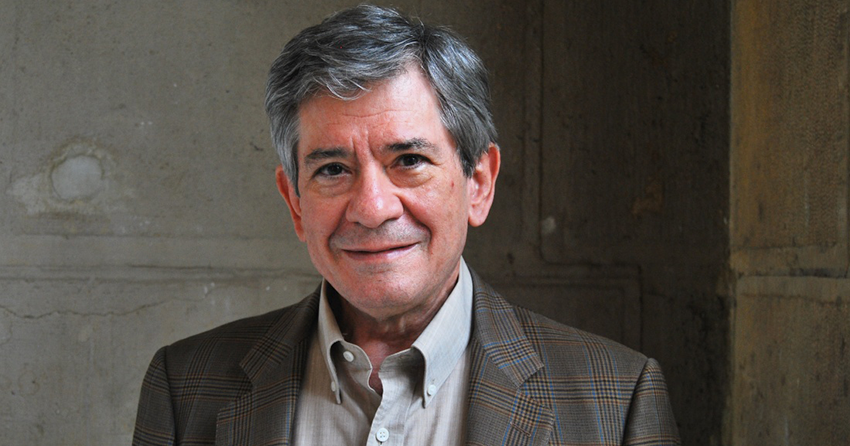 The question is,’ said Alice, ‘whether you can make words mean so many different things.’’

The question is,’ said Humpty Dumpty, ‘which is to be master — that’s all.”

Federation (Bund) or Empire (Reich)? That is the Hamletian question for Europe. A timely question for knowing which kind of political system we are building in the European Union. Moreso after the distressing meeting of a European Council lasting two weeks and an unofficial Eurogroup summit. In fact, our heads of State and government are behaving like a European government. Many leaders meet more among themselves in the club with their own ministers.

The initial agenda in June was debating the brand-new report of the five Presidents (Commission, Council, Eurogroup, European Central Bank and Parliament) on completing the Monetary and Economic Union. In the orthodox line, it proposes to follow step by step in order to consolidate a total monetary Union, making progress in the economic and in the political one under the heading “Democratic Accountability, Legitimacy and Institutional Strengthening”. The same heading since 1990 in the beginning of the negotiation of the Maastricht Treaty. It reminds us of the forgotten poster on a street bench warning of “fresh painting”. The founding fathers said it clearer in the Schuman Declaration of 1950: the final objective is the European Federation.

At the end, the only issue debated at length with passion by the leaders in the European Council during two weeks was Greece, the referendum and how to avoid the Grexit.

The British aversion to the Word “F…” justifies Cameron calling the referendum for the Brexit, with the condition of eliminating in the Treaties the sentence “an ever closer union among the peoples of Europe”. At the same time, he is trying to transform the United Kingdom into a federal monarchy.

In front of the careful approach of the report, Grexit and Brexit present in common the need of an immediate political leap forward.

The big question is the perception on how the EU decision making system is functioning and the perception of the media and the people across the Union. The prevailing opinion is that the master is Germany with Frau Merkel as Kaiserin. A new Reich? The word has negative connotations after the Hitlerian madness of the Third Reich.

However, the first Reich was the Holy Roman Empire, a key element of European history since Charlemagne. Not only considered important by French and Germans, as it shows the expensive and dirty electoral campaign between Richard of Cornwall and Alfonso X el Sabio of Castile in XIII Century. Later, Charles the 1st and the Vth was crowned Emperor while trying to marry Queen Mary of England.

The Second Reich was born with German imperial unity in 1870 made by Bismarck and victory in the French-Prussian war, whose pretext was the succession of the throne of Spain. The next Reich was the Third, the Empire of the thousand years.

The main change in European postwar was the creation in 1948 of the Federal Republic of Germany as a Bundestaat (Federation) “equal partner in a united Europe” against the Reich. This Basic Law was drafted by Germans in hard negotiation with the Allied authorities. Not only were the US representatives for a federal solution, the French were too.

After the unification, the reform of the article 23 (Europa artikel) in 1993 supports the development of a European Union “committed to democratic, social, and federal principles”. The strongest constitutional commitment in the EU. In fact, there is an ongoing debate with the German Federal Constitutional Court on the EU that has invented the neologism of “Staatverbund” to define the current situation of a federalising Union. Jacques Delors expresses this concept through “the Federation d’Etats Nations”.

But to federate, the key elements are a common will to share the future and common rules. This is what we are trying to implement through a new treaty, every four years in average, and the ability to advance through a landmine field of national referenda.

In this context, the debate on Greece is presented as a bilateral confrontation between Berlin and Athens. Certainly there are historical reasons not arising only from the Second World War, where modern Germans considered themselves as modern Greeks. But the other Members of the EU are not only viewers. Now with the single currency and common citizenship we go Dutch in the Eurogroup paying the bailing out operations through the ESM. And the last European Council shows that Germany was not the hardest player, although Schäuble was the bluntest in public.

Now, if the report of the 5 Presidents represents a new perspective, it must be clearer in a federal sense. We made the step to the monetary union as a federal structure corresponding to a common will of living in a Europe “based in the culture of stability, a sustainable social market economy with growth and employment, sound public finances and limit to indebtedness enshrined in the constitutional order. As we did not give the step towards the economic and the political union, the consequence is to approve successive treaties based in orthopaedic rules, sanctions and mistrusted surveillance. After years of crisis and negotiations with brinkmanship, now the clear priorities are reinforcing the economic union, overcoming the division creditor-debtor states and rejecting of bureaucratic mechanisms perceived as illegitimate and inefficient. In the report there are proposals that represent a clear federal leap in the economic field: transform the ESM in as European Monetary Fund, a European Treasury, and pave the way for some degree of public risk sharing (read Eurobonds) that “would at the same time have to be accompanied by stronger democratic participation and accountability both at national and European level”.

This operation cannot wait till 2025. Tsipras is not for the Grexit, he is trying to restructure the Greek debt. For this purpose, he needs firstly and most paramount to recover the Greek economy and growth, and secondly, to win complicity among the partners. If we begin to talk about risk sharing among the partners we could get through pooling a much stronger position for all. We are partners with solidarity according to the common rules. Crisis is creating a new kind of governance: federalism by exception, because we are forced to develop it. This is happening with Greece with the asylum seekers and we need to institutionalise it.

This is the moment to decide clearly if we want to make progress building up a Federation or we accept to be subjects of an Empire.