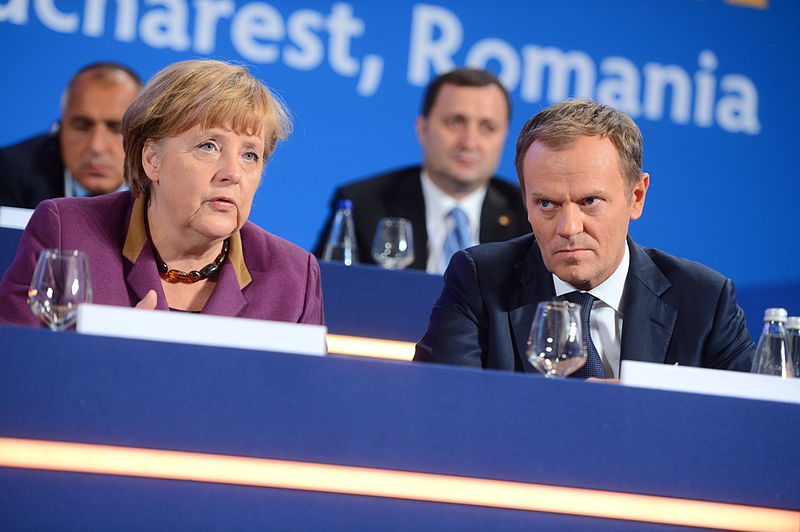 Last Friday was the first official summit where the UK was not present following the Brexit vote last 23rd June. The future of the bloc has been riddled, with several questions and speculations looming around. Nonetheless, Tusk and other EU Member leaders have asserted that Brexit will not be the spotlight, as several issues are still needed to be resolved, even if the UK had Bremained.

“Questions about the guarantees of security of the citizens and their territory, questions about the protection of their interests, cultural heritage and way of life. These are questions we would have to face even if the UK had voted to remain.” (Invitation letter for the EU’s Bratislava summit, seen by AFP, via Yahoo)

“Brexit means Brexit” has been May’s motto since she assumed office two months ago, and it is the vagueness of such declaration which unnerves entrepreneurs and infuriates European partners, feeding the suspicion that, in reality, London does not have the outline of a plan to deal with the most strategic decision facing the country in decades. Tusk revealed that British PM, Theresa May, was “honest” and had disclosed it would be “almost impossible to trigger article 50 this year”, with its trigger most likely in January, or even February, of “next year”. Mr. Tusk however, contended that negotiations would only ensue following a formal declaration of the UK.

“As I promised a few weeks ago what we did, we simply confirmed our position from our June resolution that there is no negotiations without notification. Under the terms of Britain’s EU membership, the government cannot sign individual trade deals with other countries until it has formally exited the block. Britain faces millions of pounds in fines if it begins trade talks with other countries before leaving the European Union.”

A clear Vision and brand for the EU are now urgent.

Despite spotlight shining on Brexit, Mr. Tusk stressed that the summit was not about the U.K’s choice to leave. Instead, it was about creating a stronger vision for the EU. Member State leaders have agreed to work out a more attractive vision for the regional bloc, offering the citizens a union in which they could “support and trust”. They also discussed measures for security and defence, sensitive areas of the bloc (EU Powerhouse), which should be adopted at the Rome Summit next month.

“The EU is not perfect, but is the best tool we have to address the new challenges that we will face. We need the EU not only to ensure peace and democracy, as well as the safety of our people,” Tusk says. Despite Brexit, the 27 Member States are determined to continue with the “indispensable” European project, as the EU has not only brought peace and democracy following two devastating wars, but most importantly, it brings security for its citizens.

This “indispensable” project, however, can only come true if Member States manage to design a European sense of identity and belonging. Brexit was a fear campaign, incited by baseless promises and foul assertions that had already been debunked by the government itself (see UK Audit on EU Powers). Yet, the Brexit campaign won, and it was greatly due to a persistent absence of a European identity in the UK. 17 million UK citizens have opted to put a blind eye to everyone that is affected by their vote: 508 million citizens across Europe will suffer the dire consequences of their vote. These Brexiteers have ignored the consequences of their actions, which will lead to increase separatist parties and movements, raise xenophobic and racist attacks [Polish man attacked in leeds, death of Arkadiusz Jóźwik], and pave the way to the rupture of the regional bloc, a project that has safeguarded European peace since 1945. They do so in a selfish manner. No solidarity in that regard.

If Mr. Tusk and his colleagues, leaders of the world, truly wish to continue promoting the “European Project”, they must then realise the core problem now lies in the lack of a clear vision of the EU and a common global European identity.

The mission of our BRAND EU Centre at Gold Mercury International is to assist in the creation of a powerful EU BRAND identity and vision that connects with its citizens and the rest of the world. Via our various programmes and debates, we work to clarify what the EU really is, its global role and where it is going (vision).

Without a clear vision and a strong brand of Europe that can be understood, and that connects with its citizens, the European project will continue to falter and eventually disappear.