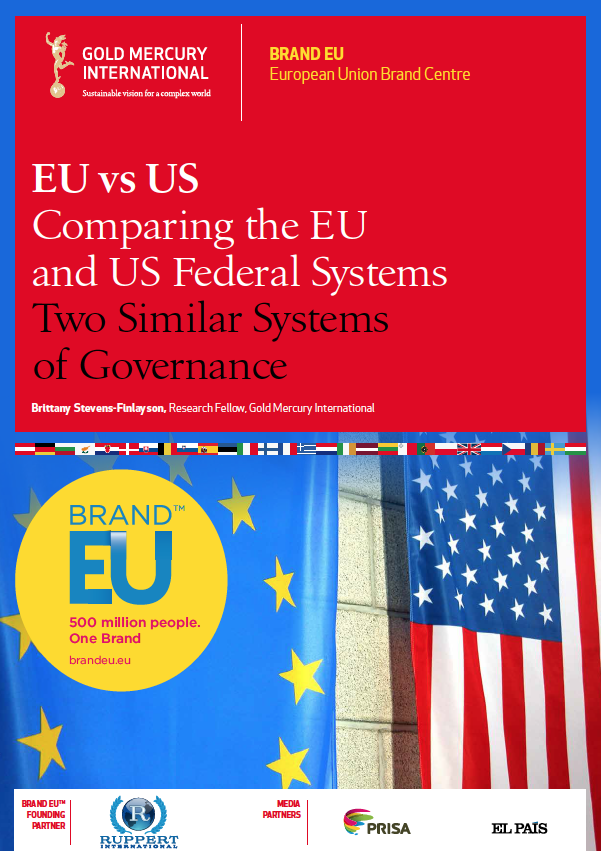 Increasingly, the future of the European Union (EU) is called into question as Europeans debate whether it possesses the resources and support to successfully continue its path toward further integration. Its perceived institutional complexity has fostered feelings of disillusionment among citizens who lack a clear understanding of its structure, operations, or the benefits of living under a federation. These feelings can be addressed by clarifying its federal structure and mode of operations across key policy areas. It is particularly useful to compare its structure to that of the federation of the United States since they share many similarities.

Using secondary research, this report achieves four objectives: (1) it describes the key elements and benefits of a federation, (2) examines the ways in which the EU is already functioning as a federation, of states (3) clarifies the political structure of the EU through a comparative analysis with US federal structures across thirteen policy areas, and (4) acknowledges continued barriers to integration while offering solutions to tackle these challenges. Although EU Member States currently have more autonomy over some decision-making processes than US state governments, findings indicate that the overall federal structures are largely similar, and foster comparable levels of accountability and transparency.

17th May 2019 Multimedia, Publications
Maria MateosEU vs US Comparing the EU and US Federal Systems05.17.2019