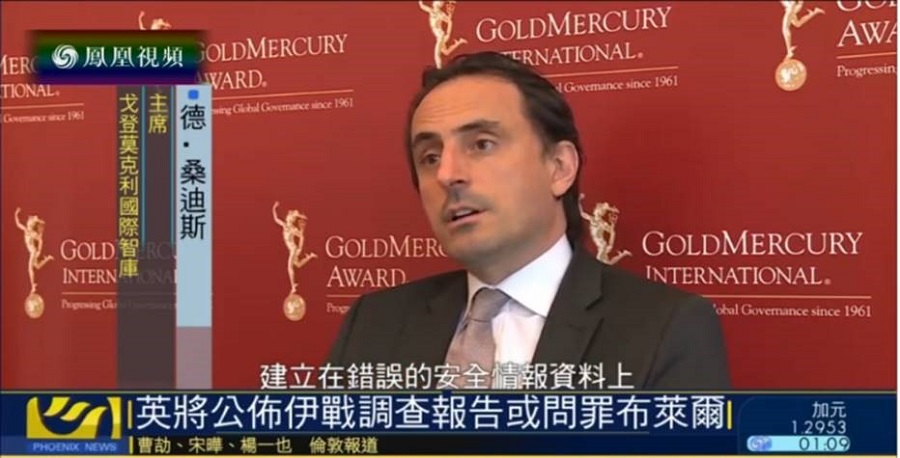 Brexit causes great concern in China due to the large Chinese investments in UK and Europe. China is the EU’s second trading partner with over 1 billion dollars of daily trade.

On the upcoming NATO Summit, De Santis explained that it has a full agenda. Top priorities for the NATO Warsaw Summit potentially include: the migrant crisis; the Ukraine crisis; future NATO troop deployment in Poland and the Baltics; negotiations with new potential NATO allies (Georgia, Serbia, Ukraine); future NATO (and U.S.) presence in Afghanistan; Islamic State strategy; Libya and the Mediterranean; Cyber warfare and a potential NATO naval fleet in the Black Sea.

NATO Chiefs past and present have supported that NATO prefers the UK to remain in the EU. The European Union is considered a bastion of stability in this very unstable world and now is not the time to create political and economic instability within European countries. If article 50 of the EU Treaties is triggered, it will extend that uncertainty in UK and Europe for decades”

On Phoenix TV
With 56 news bureaus and production teams located worldwide, Phoenix TV is a multi-channel television broadcaster with presence in China, Europe, North America and Hong Kong. It currently has an audience in excess of 360 million worldwide.Phoenix internet website (www.ifeng.com) is ranked top in broadcasting platforms, ahead of BBC.com and CNN.com.