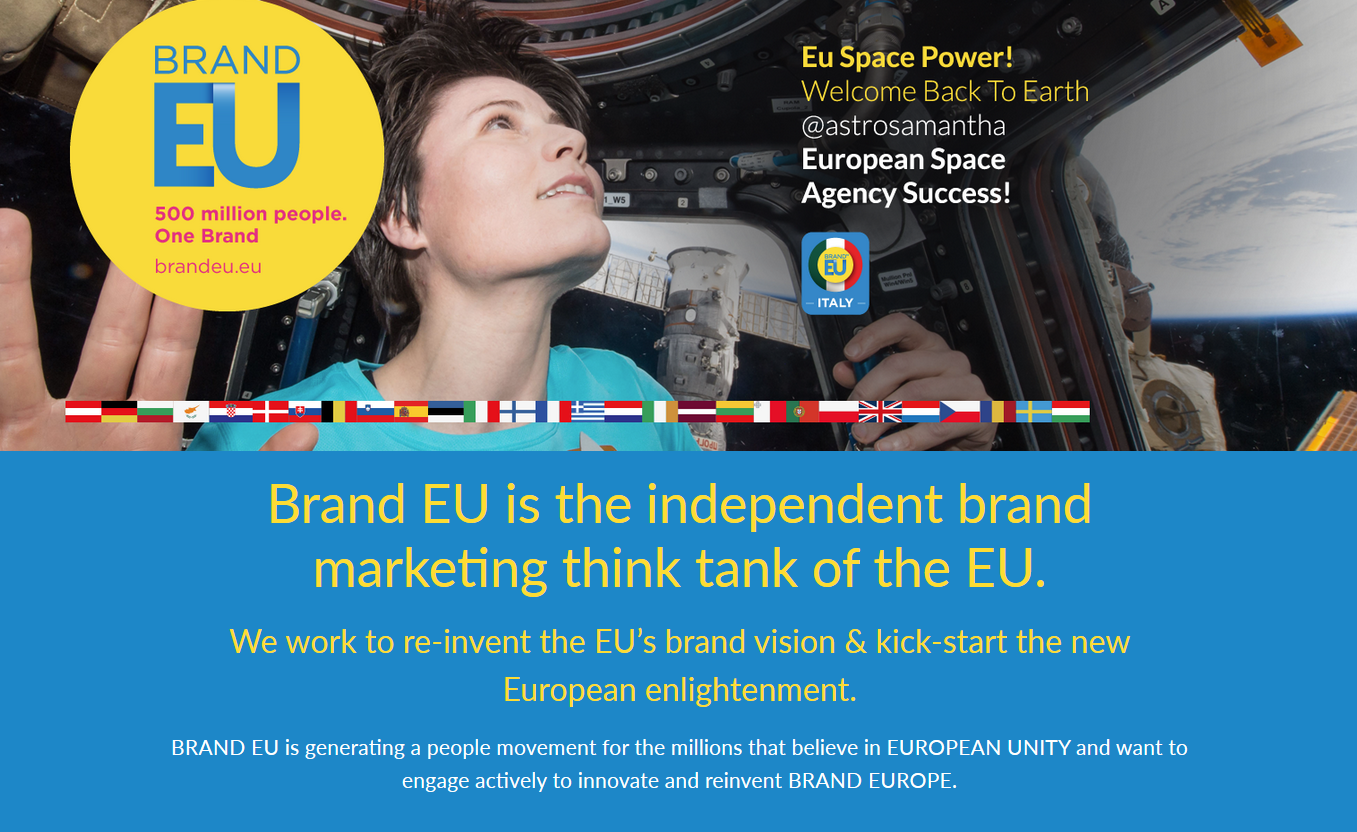 David Cameron has set the date for the UK’s EU referendum for the 23rd of June 2016. We created the BRAND EU Centre because, although we all are European citizens, the EU has not truly connected with its people and does not have a clear vision or brand image. Due to its organisational nature and supranational status, it is a very complex and distant organisation. This lack of clear image, brand and vision makes the EU an easy target for Eurosceptic attacks, despite its enormous contribution to global governance, progress and peace.

The EU is not perfect, but it plays a crucial role in the future of Europe and the world

“BRAND EU has identified the lack of a clear EU Brand identity as a key obstacle to achieving the full support of its citizens and to the development of Europe as a whole. One of the key branding problems for citizens, which hinders their ability to understand the European Union and participate actively, is the complexity of the current political structure of the EU. It is a hybrid between a federal system and an international organisation. It can be only understood by academics or experts. It is critical that we make it simpler to understand and create a glue; an ‘esprit de corps’ that binds people closer together”.

BRAND EU is part of the official Pro-EU referendum campaign group which includes The European Movement, Britain Stronger in Europe, Universities for Europe and Scientists for EU. We have been working hard to lay the foundations to improve the brand of the EU in UK, Europe and abroad. BRAND EU has built a strong platform in order to play a key role in the UK’s EU referendum to keep Britain in the EU. Here are some of the initiatives already in place:

A New Web Portal with Great Content for Europe

We have developed a new website with great quality content, messaging and video documentaries on the EU and its role. With BRAND EU® and CAPTAIN EURO®, we have developed great inspirational platforms with powerful content to reach the diverse audiences we need to speak to (youth, students, media, business, academia, NGOs, institutions, etc.). We will use these two platforms to improve the management of the EU brand and build a rapport with all stakeholders.

It all can be found at brandeu.eu/

Before our EU Powerhouse Guide, trying to understand the EU was like trying to navigate a maze blindfolded. The lack of clarity about the EU is one of the reasons most of the UK media are Eurosceptic. This simple and organised guide explains what the EU is about.

Our EU Powerhouse Guide can be found at: brandeu.eu/eu-powerhouse/ 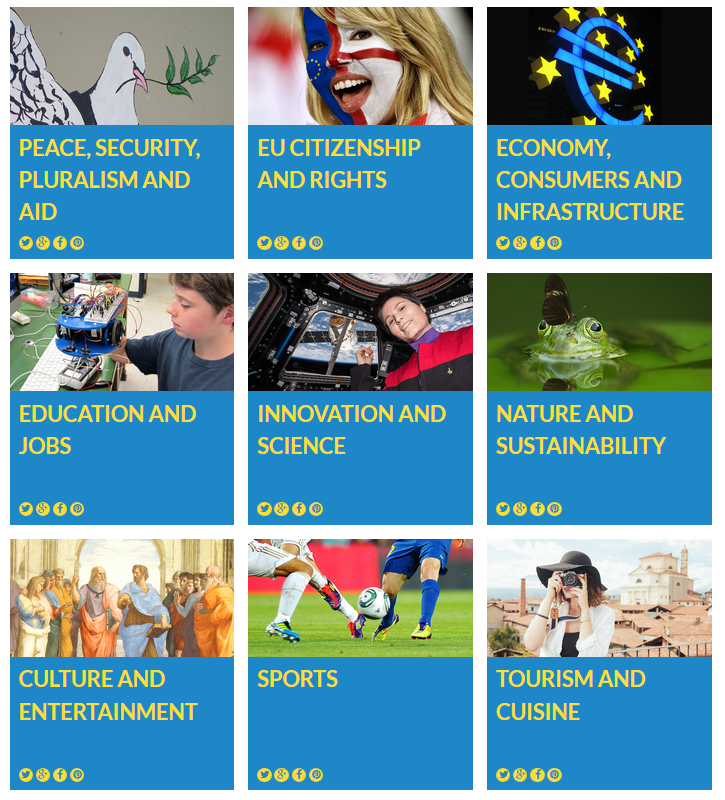 Thanks to our communications strategy and our great content, we have achieved unprecedented global media coverage for BRAND EU®, estimated in €5 million (£3.7m) of media value, both in the UK and internationally. We have received far-reaching media attention on the BBC, CNN, Time Magazine, CNBC, The Independent, Der Spiegel, GQ, BBC, El Pais – to name a few! 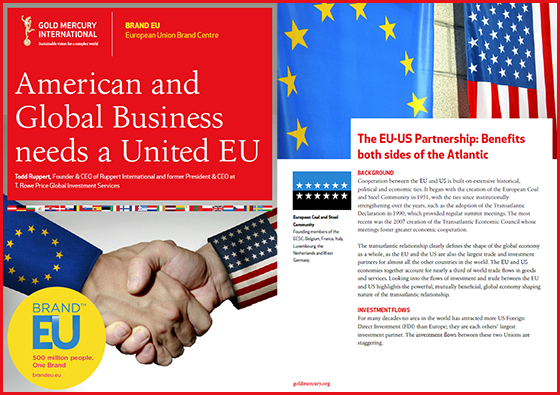 We have launched several publications covering critical subjects to explain and educate on key issues relating to the EU, including:

A new series of publications are ready to be launched in the coming weeks, covering key subjects about European identity, EU peace & security and the future vision of the EU.

We have re-launched the famous Captain Euro®, the EU’s Superhero mascot, with a totally new website: captaineuro.eu. Captain Euro has achieved great media coverage. His website receives thousands of visitors daily and he is very active in social media. Captain Euro adds the sarcastic and satiric element to the Brand EU campaign, bringing a fun element to the brand of the EU. Although Captain Euro’s stories live on the internet, the first Captain Euro printed comic, ORIGINS, has been delivered and will be launched in the coming weeks. ORIGINS discusses key European events, including the Yugoslav Wars of the 1990s and the Ukraine Crisis, as backgrounds and epilogue to his story. With more printed comics to come! 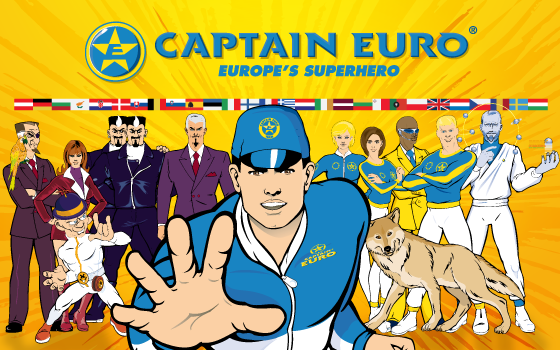 What is next at BRAND EU?

We take the referendum very seriously. As David Cameron has said, a Brexit would weaken Europe, the UK and the world in unimaginable ways. To avoid this, we have big plans for the rest of 2016. These include:

We will continue to build on the power of the Gold Mercury Network in the UK and the rest of the world. We will use this to recruit crucial figures in business, policy making, academia and the media, to help build BRAND EU and make the case for the EU in the UK.

We plan a BRAND EU summit that will discuss the key truths about the EU and crucial identity issues that affect us all. Our objective is to dispel the myths created by Eurosceptics and provide a clear brand vision of the EU for the future. More on this shortly.

We have proven our ability to achieve mass media and TV presence due to the power of our communications and future vision of Europe. We will increase our efforts in this area and use the power of our media reach to position the brand of EU as a force for good. Here in the UK and abroad. 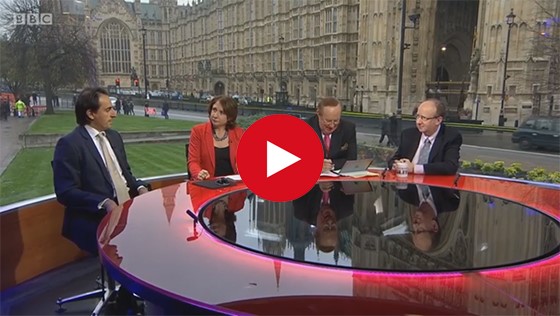 Do not take it for granted that the UK will remain within the EU!

Our analysis of all the EU polls shows that the country seems split in the middle on the issue. Yes, there is a lot of support, but there are also a very large number of undecided voters who will be critical in the referendum. Our role is to clarify the brand and vision of the EU and show its critical role in maintaining global stability in a complex and uncertain world.

What Can You Do?

If you believe the UK should remain in the EU, now is the time to act! Via BRAND EU, Gold Mercury International is playing a key role in the EU referendum and continues to work to clarify the brand and vision of Europe, as a force of peace and solidarity in the world. Join us as a supporter or partner organisation in our campaign and efforts to keep the UK at the heart of the EU!