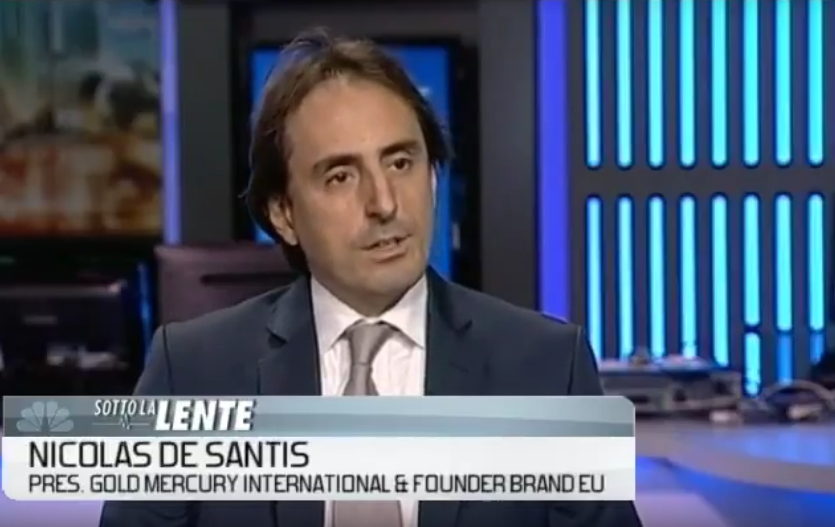 BRAND EU is the independent brand marketing champion of the EU, acting as a research and communications centre to promote the EU brand in Europe and the world. On the upcoming UK referendum on the EU, Nicolas De Santis said that via its BRAND EU programmes, Gold Mercury International will do everything possible to change the negative image of the EU in the UK.

The negative repercussions of a BREXIT are global and far reaching. It will destabilise economies, international security. BREXIT benefits no one except our enemies. So far we have been successful with BRAND EU in creating a communications base to build a campaign from. Brexit is a possibility as the issue will be put to the vote of the public. One of the biggest issues is that in the UK we have a brutally Eurosceptic media which will stop at nothing to sell papers and influence people in a negative way towards Europe. Hopefully the British public will be able to make their own mind up, do their own research, otherwise, we could be sleepwalking out of the EU and into oblivion. We will do the impossible to avoid it”.

De Santis had previously forecasted in the same CNBC programme in June 2015 on the impossibility of a Grexit saying:

Greece has been lent €240 billion so far and is in a technical bankruptcy, or let’s call it a ‘controlled bankruptcy’. Its lenders need to keep flowing funds into Greece while giving it more time to get its house in order and agree a payment schedule that allows the country to manage its internal politics and funding needs. The world does not want a Grexit and neither do the majority of the Greeks”.