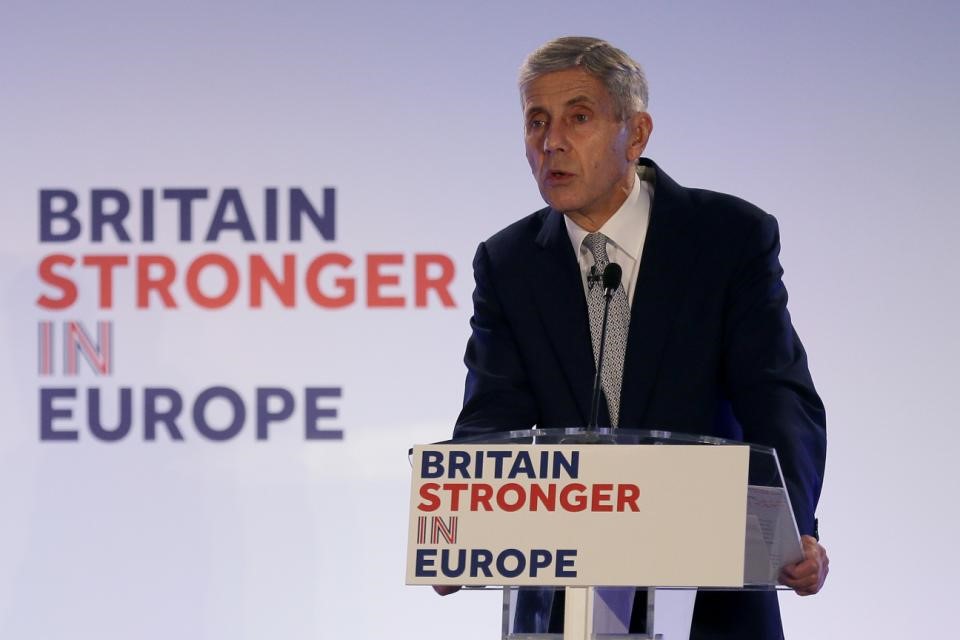 The Former Chief Executive of retail chain Marks & Spencer is heading a campaign, BRITAIN STRONGER IN EUROPE, to persuade Britons to stay in the European Union, arguing Monday that quitting could leave the country isolated, less secure and economically weakened.

Staying in the EU can be the “patriotic course for Britain”, former M&S boss Lord Rose said as he launched the campaign for the UK to remain a member of the EU. Britain will hold a referendum in 2016 on whether to leave the 28-nation EU after more than 40 years of membership. A rival, Eurosceptic campaign was launched on Friday with the message “vote leave, take control”. The Britain Stronger in Europe board includes former chief of the general staff Sir Peter Wall, West Ham United vice-chairwoman Baroness Brady and television presenter June Sarpong.

Come what May: Putting the Party Before Country and England Before U.K.