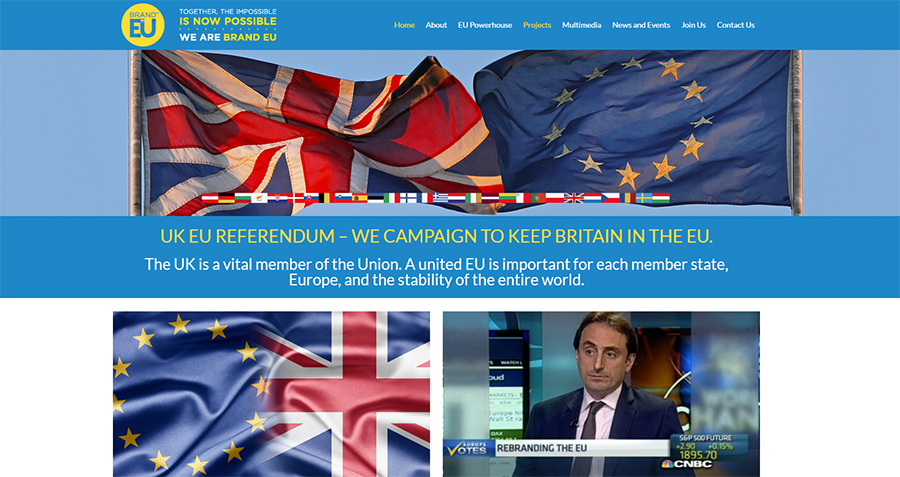 BRAND EU is part of the PRO-EU referendum campaign group to avoid BREXIT. A weak EU brand distances the EU from its citizens and makes it an easy target for Eurosceptic attacks. As the UK prepares for a referendum on the European Union, “the EU is still remote and incomprehensible” to most UK citizens. The lack of a clear EU brand identity and vision puts the entire European project at risk. We take the EU referendum very seriously. Brexit would weaken Europe, the UK and the world in unimaginable ways. 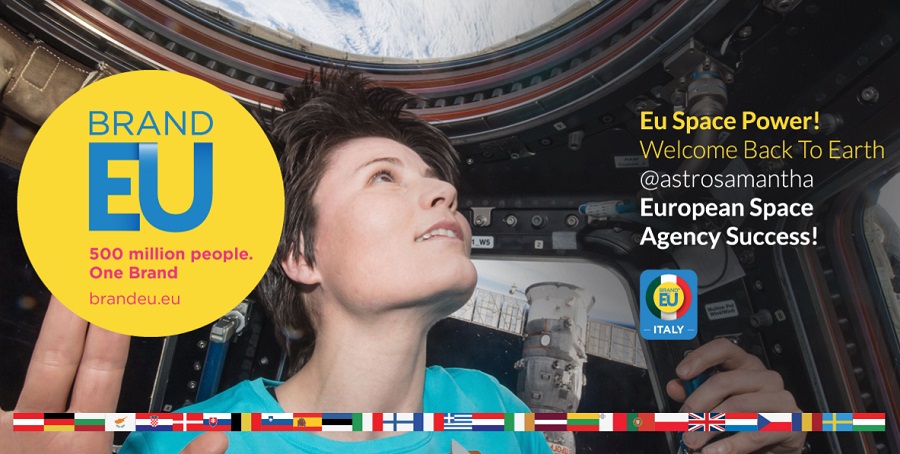 THE BRAND EU CENTRE AS A CHAMPION OF THE EU BRAND

The BRAND EU Centre founded by Gold Mercury International is the independent brand champion of the EU. Our mission is to re-invent the EU brand, while clarifying its future ROLE in the world. The EU is not perfect, but it plays a crucial role in the future of Europe and the world. Now that David Cameron has set the date for the UK’s EU referendum for the 23rd of June 2016, it is time to give you an update of what we are doing and planning at BRAND EU®.

What we are doing at BRAND EU to fix the EU’s brand image problem in UK and beyond.

BRAND EU WEBSITE – ONE OF THE BEST IN EUROPE
Our BRAND EU website has been nominated as one of the best sites in Europe’s Web Awards. We will use our web platforms to campaign and improve the EU brand to build a rapport with all relevant stakeholders. Our EU Powerhouse Guide can be found in our BRAND EU website. This simple and organised guide explains what the EU is about in a simple way.

MEDIA CAMPAIGN – UNPRECEDENTED GLOBAL MEDIA PRESENCE
Thanks to our communications strategy and innovative BRAND EU content, we have achieved unprecedented global media coverage for BRAND EU®, estimated in €5 million (£3.7m) of media value, both in the UK and internationally. We have received far-reaching media attention on the BBC, FT, CNN, Time Magazine, CNBC, The Independent, Der Spiegel, GQ, BBC, El Pais – to name a few! Visit our news section

RESEARCH AND PUBLICATIONS
We have launched several publications covering critical subjects to explain and educate on key issues relating to the EU, including:
• Demystifying the EU Myths Report by BRAND EU.
• American and Global Business needs a United EU by Todd Ruppert.
• EU, the Weaver of Peace by Enrique Baron Crespo.
A new series of publications will be launched in the coming weeks, covering key subjects about European identity, EU peace & security and the future vision of the EU. 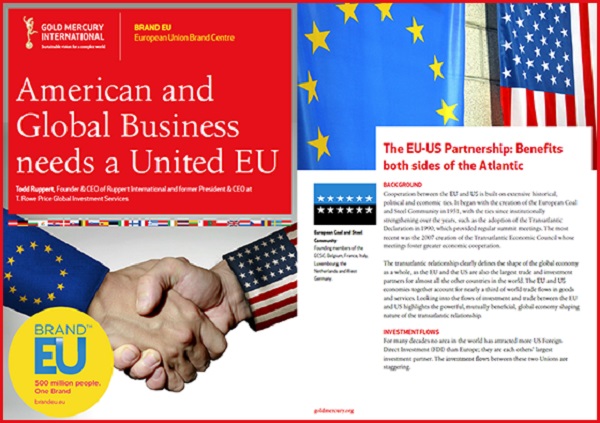 EUROPE’S SUPERHERO – CAPTAIN EURO – RETURNS!
Captain Euro® captaineuro.eu. has achieved great media coverage in Europe and around the world. The website receives thousands of visitors daily. Captain Euro adds the sarcastic element to the BRAND EU campaign, bringing a fun element (finally!) to the brand of the EU. The first Captain Euro printed comic, ORIGINS, has been delivered and will be launched in the coming weeks. The ORIGINS story discusses key European events, including the Yugoslav Wars of the 1990s and the recent Ukraine Crisis, as backgrounds and epilogue to his story. With more printed comics to come! 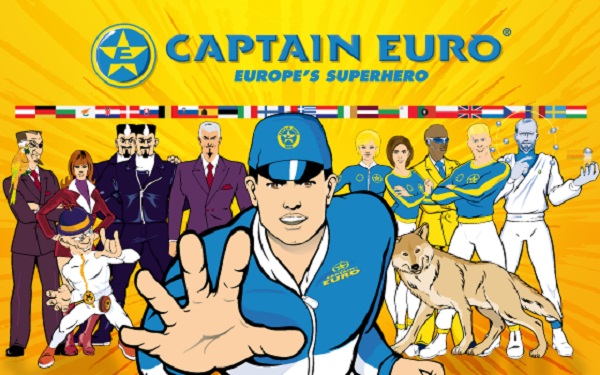 DO NOT TAKE FOR GRANTED THAT THE UK WILL REMAIN WITHIN THE EU!

Our constant analysis of all the UK – EU polls shows that the country seems split in the middle on the EU Referendum issue. Yes, there is a lot of support, but there are also a very large number of undecided voters who will be critical in the referendum.

Our role is to clarify the brand and vision of the EU and show its critical role in maintaining global stability in a complex and uncertain world. If you believe the UK should remain in the EU, now is the time to act! Join us as a supporter or partner organisation in our campaign and efforts to keep the UK at the heart of the EU!